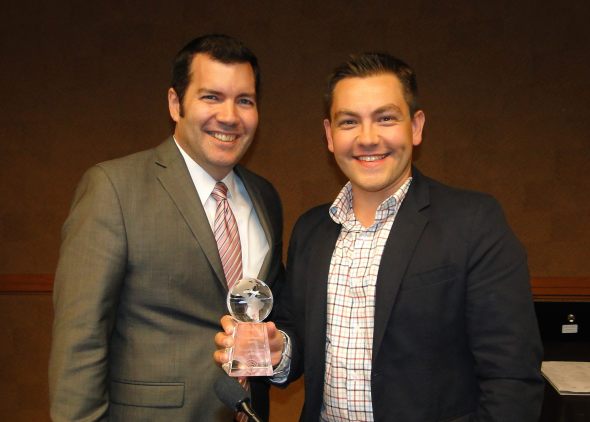 The Disclosures, Chad Helminak and Christopher Morris, were presented with the 2015 Development Education (DE) Program Cooperative Spirit Award last week at a special reception during the annual DE Workshop, July 9-11, 2015 in Denver, Colo. in conjunction with CUNA and the World Council of Credit Union’s “CU in Denver” event. The award is given annually to “a group of individuals for a project that has made a significant difference to a community, school, a credit union or the greater credit union movement.”

Over 100 Credit Union Development Educators (CUDEs) gathered at the recent workshop to help the National Credit Union Foundation (the Foundation) present the award. In the announcement from the Foundation, The Disclosures were recognized for the following:

“When we met in 2009 at DE Training, we had no idea that this little band would take us on a journey from coast to coast, playing in Estes Park, school assemblies, conferences and all types of events,” said band member Christopher Morris. “But it’s been a great trip. And it’s easy when you are singing about something you are passionate about. And for us, that’s credit unions and financial education.”

“It’s very meaningful to be recognized by our peers, especially when we’ve been on hiatus for a while,” said band member Chad Helminak. “This honor has reminded us of how impactful and enjoyable our musical efforts has been, and maybe that it’s time to recharge and ramp up those efforts in the near future.”

Nominations were submitted by CUDEs and winners were chosen by the 2015 CUDE Awards Committee, which consisted of the following individuals:

More information about the award and other honorees is online here.

The Disclosures wish to thank our friends and family, everyone at the National Credit Union Foundation, the Wisconsin Credit Union League, and anyone who either bought our music, shared our videos, or hired us to come out and play at their event! 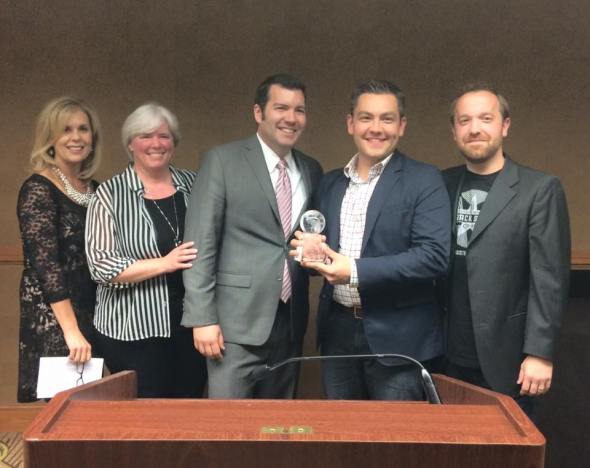 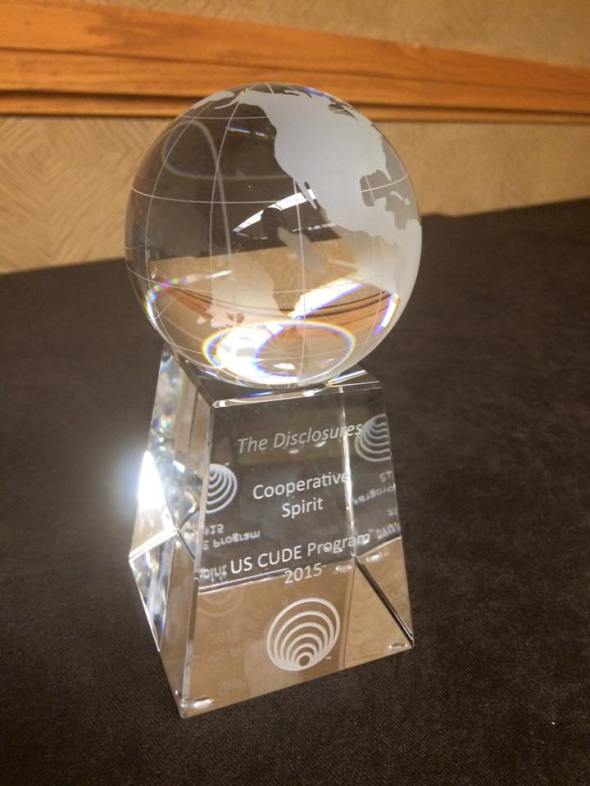 This entry was posted on July 13, 2015 by Christopher. It was filed under Music News .